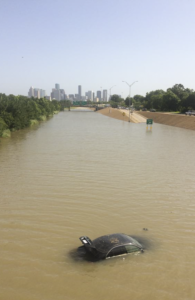 Tropical Storm Bill made landfall this past Tuesday and Houstonians felt the full gamut of storm emergency hype from overreaching stories flooding Facebook feeds to a viral television news story of reporter John Fenoglio getting a surprise visit by a snake in Clear Lake, TX.

At one point, Houston was predicted to receive 8-12 inches of rain in some areas. In reality, the Texas metropolis only received a few inches. Many Houstonians were disappointed in the media hype, but it was more frustrating for businesses that had operations interrupted across the city over a measly couple of inches of rain. With Memorial Day weekend still fresh in the minds of citizens, it’s no wonder why thousands of workers stayed home and most school districts were closed. So, what did we learn from this past week? 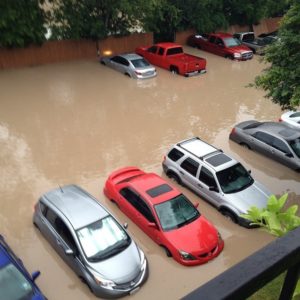 You really don’t. Many Houston workers avoided work altogether on Tuesday, June 16, only to find that the rainfall was minimal. But, who can blame them for taking precautions? Just over Memorial Day weekend, unexpected flooding wreaked havoc across Texas. Let’s not forget other major storms that affected the Houston area such as Tropical Storm Allison (2001) and Hurricane Ike (2008).

If meteorologists with Ph.Ds. can’t accurately predict the weather, then how can you expect to take the appropriate action when the time comes? There’s only one safeguard against inaccurate weather predictions and that is storm preparation and disaster recovery plans for your home and business. Make sure that your emergency plan is in place at work and that you have proper supplies at home. Establish check points for co-workers and family members, and disseminate updated contact information frequently.

The weatherman is usually wrong.

Can we really blame the weatherman for the weather? I suppose not. Even with all of the advanced technology that meteorologists use to predict weather patterns, they can at times be highly inaccurate. Bringham Young University released an article describing how “atmospheric internal waves” are unpredictable and affect how the weather develops and moves over time.

Even Houston Chronicle’s Eric Berger recognizes that predicted rainfall is speculative at best. As he puts it, “I have taken pains to explain that while a tropical system was approaching the Texas coast it was impossible to predict where the heaviest rains would fall,”. Although weathermen are usually wrong, they aren’t always that far off, and you’ve got to appreciate the fact that they sometimes put themselves in harm’s way in order to cover a story or do research. 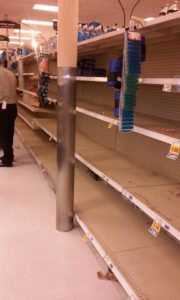 Get your shopping done as early as possible.

Despite only a couple inches of rain for most of Houston, citizens flocked to their local Kroger, H-E-B, Randall’s, and Walmart to stock up on canned foods, cereal, ice, batteries, flashlights, and other supplies to last them and their families for weeks. If you didn’t know there was a tropical storm coming, you’d think that people were preparing for a nuclear fallout. Grocery store shelves of water and other basic household food items were emptied within hours.

Even if you were just trying to pick up some dinner from the store, you couldn’t. So, just make sure you get to the grocery store as soon as possible. I can attest to this philosophy; during Hurricane Ike, my family and I went without power for over a month, and quickly ran out of regular household items. But moments before a storm is not the time to buy groceries. Stock up on non-perishables in advance, so that you’ll be prepared when a storm hits and avoid the grocery store chaos that ensues after a storm warning is issued.

Get a Business Continuity Plan. 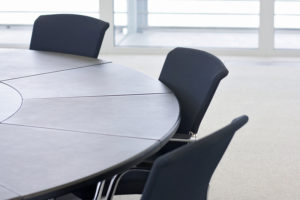 Operations can come to a screeching halt when a storm warning is announced on the news, as it did in Houston this past week. Employees may be delayed or stranded due to flooding, dense rain, or high winds or may flat out refuse to go to work out of fear caused by the media hype. If a storm is coming, and your team is in the middle of their work day, you’ll need to quickly get everyone up to speed and to a place in their work where they can securely leave it and easily return to it after the storm.

Communicate appropriate storm policies to the staff. You or your HR team needs to let everyone know what precautions to take for their own safety and to ensure continued security of your client’s assets. Act quickly. Don’t hesitate if you think you should send your employees home before a storm. If a storm is coming within hours, that’s not the time to start drafting your business continuity or disaster recovery plan. It’s already too late. That’s why you should create and institute these plans during calm weather and non-emergency times.

In your business continuity plan, you should include methods of redundancies, information security, and information on the off-site storage facility you use to back up and store your data. Before you choose an off-site storage facility, make sure that they have safeguards against flooding, especially if you’re in the Houston area. To get more details on how to implement a business continuity plan and how to secure your records and data, contact us today.

The Inventor of The Barcode Dies

Norman Joseph Woodland, the co-inventor of the bar code that labels nearly every product in stores and has…

VeriTrust celebrates 8 years in business this October. Amidst a tough economic climate the importance that…

Michael Marchand, VeriTrust's co-founder and Chief Technology Officer was featured guest on the Records and…